HEY, Can I Put Spaces Here? A story about that time I almost saved 900 bucks..

Several weeks ago, I received an invite code to HEY.com. Naturally, I tried to get [email protected] Since its considered a “premium” email address, its spendy. For $999, not really worth it probably.

Turns out, email addresses 4 or more characters are the standard $99. So.. lets try ‘jp @hey.com’ (two spaces). And boom! HEY stripped the last two spaces after the premium character count check, and I had [email protected] for $99! 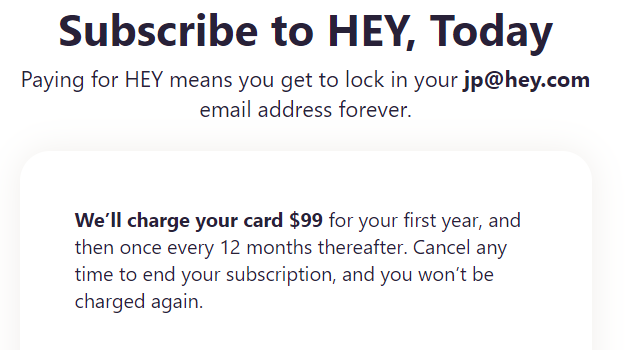 So. Of course if I bought this for $99, I would have to tell them about it, or someone else would, and I would be stuck with an email address that won’t work past a year (unless I wanted to choke up $999).

And they fixed it.

And they didn’t let me keep [email protected] for $99. 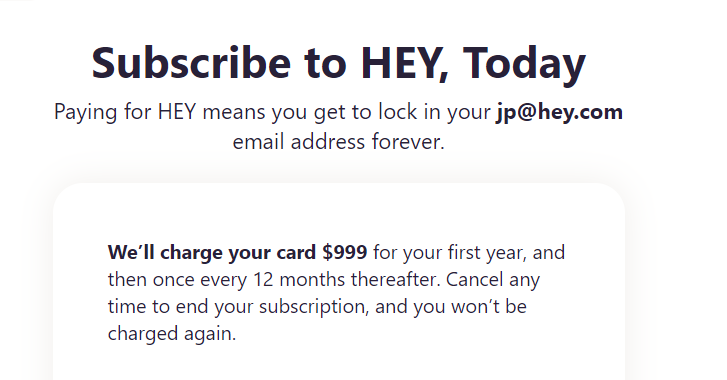 But at least they had a fix in production in an hour or so!